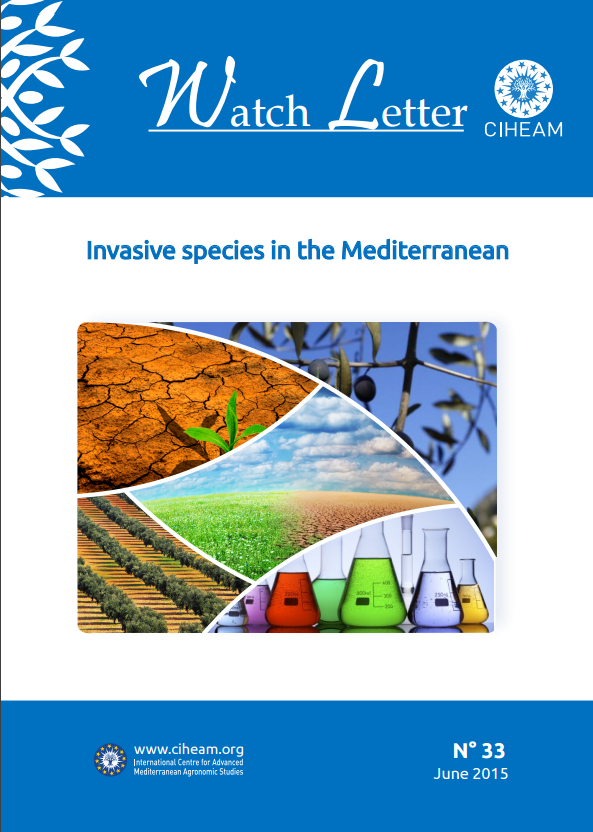 Invasive species in the Mediterranean

In a context marked by the intensification of trade, the acceleration of population mobility and greater frequency of extreme climatic changes, crops are becoming increasingly vulnerable, especially due to invasive species. Most of the time, these invasive species manage to adapt to the spaces they invade and may significantly change existing ecosystems. They consequently become a growing problem for the countries as they affect the key sectors of their economy and present a series of emerging risks. This is particularly the case in Southern European, North African and Middle Eastern countries.

Bringing together 54 international experts, the Watch Letter n°33 compiles 22 articles aiming to present the problem of invasive species as a whole, by providing several specific cases in different countries of the Mediterranean region.