The added value of the MED-Amin network 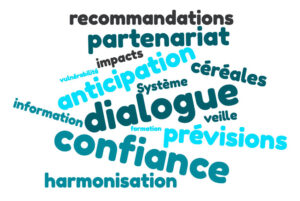 Since early 2022, at the request of member countries, the network has been reflecting on the further development of an Early Warning System intended to reduce the risk of food insecurity in/for the Mediterranean region. Building on a group of high-level experts and two case studies in Tunisia and Lebanon (CIAP project), this initiative should allow to:

Through dialogue and trust, MED-Amin network brings together countries which usually position themselves on the grain markets on an individual basis. Alongside net exporters such as France, Turkey or Spain the network gathers world-leading grain importers such as Egypt, Algeria and Morocco.

In 2022, the conflict in the Black Sea and its direct repercussions on the food security of Mediterranean countries and populations confirm the importance of the MED-Amin network. Through its close monitoring and the partnerships forged, the network provides valuable information to operators in the grain sectors and administrations, and participates in a regional approach to cooperation for food security in the Mediterranean region and its communities.

Beyond the information provided by other networks, MED-Amin innovates with: 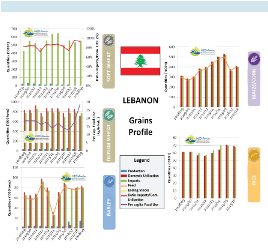 Challenges of the Mediterranean and of the MED-Amin network

The Mediterranean region in a few figures (MED-Amin, 2020):

The region of North Africa and the Near East is 60% dependent on international trade (particularly from the Black Sea) for its supply of wheat. This dependence, exacerbated by climate change, accentuates vulnerability to fluctuations in international markets and food vulnerability. Vulnerabilities are difficult to overcome as demand increases, following dynamic population growth.

We use cookies on our website to give you the most relevant experience by remembering your preferences and repeat visits. By clicking “Accept All”, you consent to the use of ALL the cookies. However, you may visit "Cookie Settings" to provide a controlled consent.
Cookie SettingsAccept All
Manage consent

This website uses cookies to improve your experience while you navigate through the website. Out of these, the cookies that are categorized as necessary are stored on your browser as they are essential for the working of basic functionalities of the website. We also use third-party cookies that help us analyze and understand how you use this website. These cookies will be stored in your browser only with your consent. You also have the option to opt-out of these cookies. But opting out of some of these cookies may affect your browsing experience.
Necessary Always Enabled
Necessary cookies are absolutely essential for the website to function properly. These cookies ensure basic functionalities and security features of the website, anonymously.
Functional
Functional cookies help to perform certain functionalities like sharing the content of the website on social media platforms, collect feedbacks, and other third-party features.
Performance
Performance cookies are used to understand and analyze the key performance indexes of the website which helps in delivering a better user experience for the visitors.
Analytics
Analytical cookies are used to understand how visitors interact with the website. These cookies help provide information on metrics the number of visitors, bounce rate, traffic source, etc.
Advertisement
Advertisement cookies are used to provide visitors with relevant ads and marketing campaigns. These cookies track visitors across websites and collect information to provide customized ads.
Others
Other uncategorized cookies are those that are being analyzed and have not been classified into a category as yet.
SAVE & ACCEPT